Rick Wright on the Rise of Market of Choice 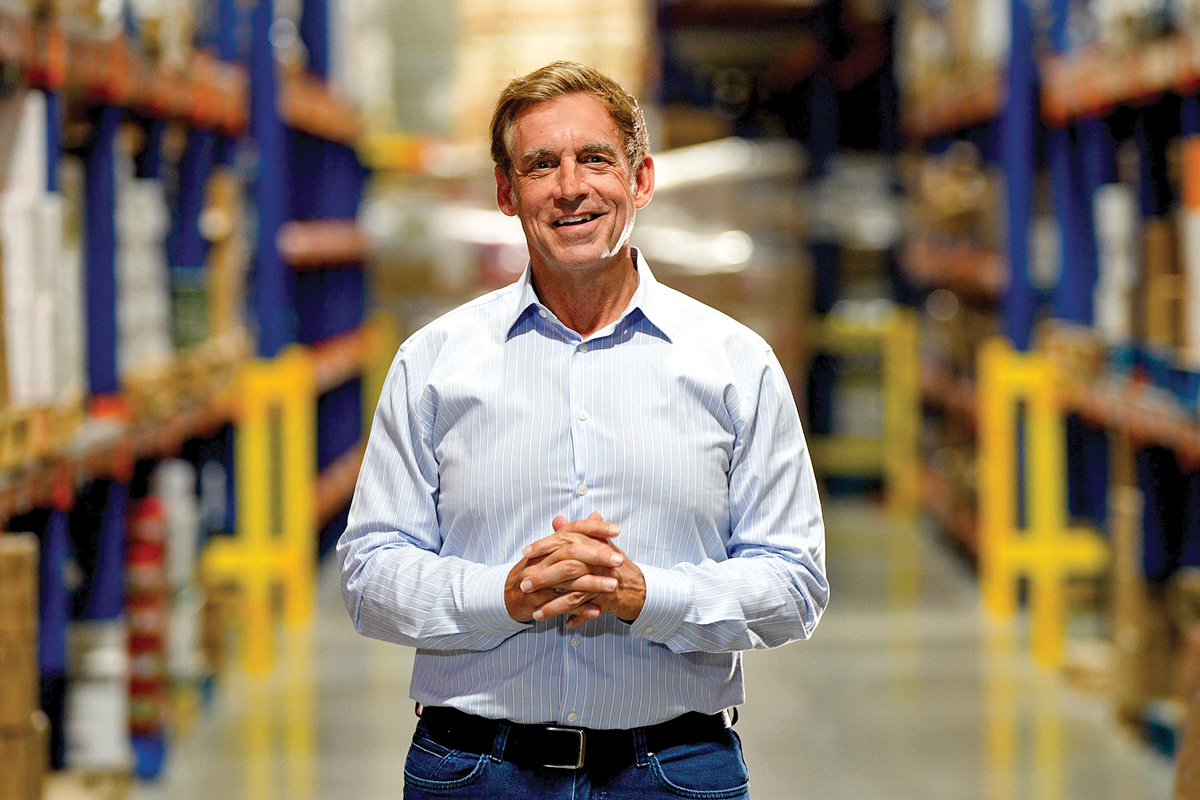 Market of Choice CEO Rick Wright was pretty much born into the grocery industry. An observant innovator, Rick has kept Market of Choice at the forefront. Rick recently spoke with Michael Dunne, host of KLCC’s “Oregon Rainmakers” podcast, about the history of Market and Choice and how the business has adapted during the pandemic.

Rick and his family felt a strong connection to Oregon early on. “I think we took a vacation when I might have been in third grade to Oregon and we never went home,” he says. “Literally, my mom and the kids stayed up in Oregon, and my dad went home, sold the house and we moved to Oregon. They just fell in love with the state, and so we’ve been here ever since.”

Rick’s father bought a grocery store in Cottage Grove in 1979, and Rick grew up helping with the family business. He went off to college and then to work for another grocer for a number of years before he rejoined his father.

It wasn’t long after they opened what was initially called the Price Chopper at 29th and Willamette that the idea of Market of Choice began to take shape.

Rick noticed shoppers who frequented natural food stores, which were becoming popular at the time, also shopped for conventional products at traditional stores, so Rick thought about bringing the two concepts together.

“Along the way, I came up with this idea of ‘Market of Choice,’” Rick recalls. “We didn’t know that was going to be our name at the time, but we knew that there was this hybrid concept of bringing in a lot of local products, a lot of organics and naturals, but having some of them side-by-side with conventional products and putting them all under one roof.”

One early experiment involved the addition of a rotisserie oven, an expense that Rick says his father initially questioned.

Shoppers liked the idea of buying fresh food being prepared on site, a concept that Market of Choice embraced.

“We manufacture in each store, so we’re not just a retailer anymore,” Rick says. “In fact, a lot of times when people ask me what I do, I say I’m a manufacturer first before I say I’m a retailer.”

While Rick has done a little of everything at Market of Choice, from driving forklifts to designing new stores, probably the part of the job he’s found most satisfying is building relationships with local producers.

Part of that had included the MOJO program, which developed as a way to help start-ups that struggle with distribution get their products into Market of Choice stores. If a local maker can deliver a product to just one store location, Rick says, Market of Choice will distribute it to its other stores in Oregon. Dig Local is a similar program that focuses on supporting small farms in a way that helps them grow their businesses while providing fresh, farm-to-table produce for Market of Choice customers.

The biggest challenge in recent years has been the pandemic. Market of Choice took it seriously from the start. It was perhaps the first local store to install plexiglass at checkout stands and initiate social distancing. He says retailers were developing and implementing protocols in an attempt to keep employees and customers safe.

“We don’t really have a choice to work from home,” Rick says. “It’s our employees who are the superheroes.”

Looking to the future

He expects labor and supply issues to be an ongoing challenge over the next few years. In the meantime, Market of Choice is planning to open a new store in Hillsboro in 2024 and, Rick says, the company is considering a couple of other locations, as well.

“There’s a lot of roles that I do,” Rick says. “But the good thing about my career is that I’ve got to do so many things that I don’t really get bored with it.”

Listen to the interview in full here and visit your local Market of Choice to see what’s new and in store for you.