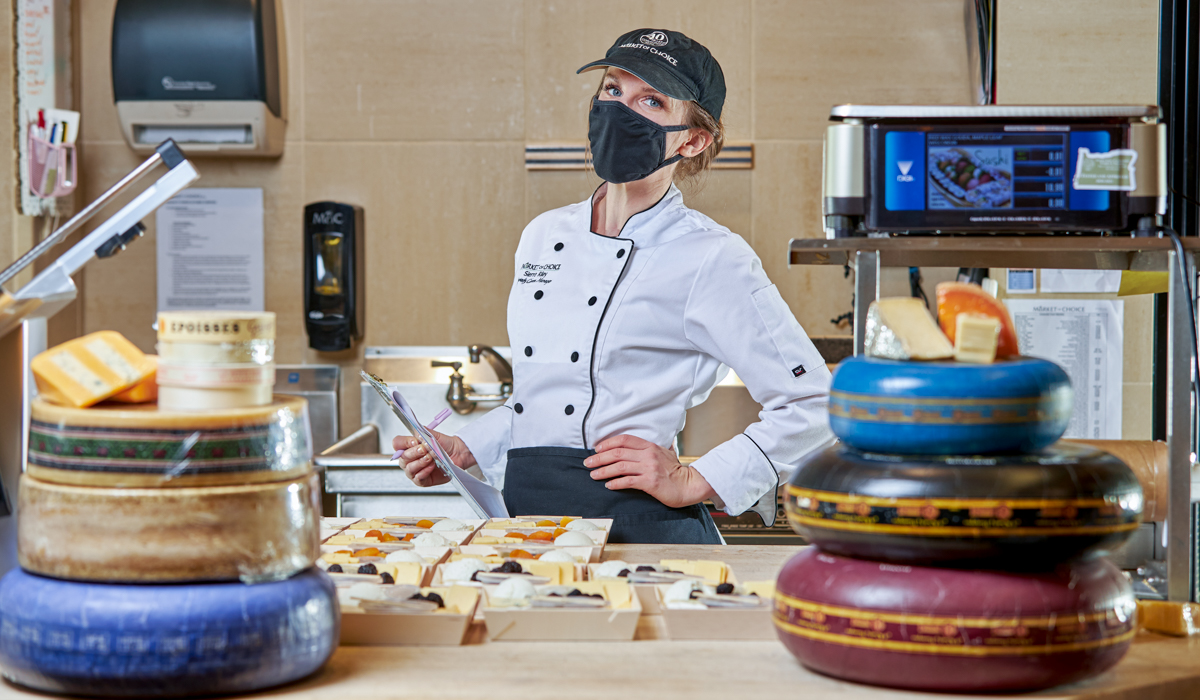 Sierra, a Specialty Cheese Manager at our Willamette store in Eugene, recalls the day a couple approached her with an uncommon request. They were getting married and they wanted a cheese cake.

Not cheesecake, mind you, but a “cheese cake” – as in a cake made of cheese.“I worked with them closely for the next few months and figured out exactly what they wanted,” she says of the couple, who were adhering to a keto lifestyle.

In doing so, she coordinated a cheese tasting, much like a bakery would do a wedding cake tasting. Once they’d chosen their favorites, Sierra made the cake and delivered it to the venue. After a successful nuptial, the grateful couple returned a few days later and thanked her with a gift. “It felt amazing,” Sierra says.

Building relationships with customers is what Sierra enjoys. She has many regular customers and is always ready to suggest some of her favorite cheeses or new varieties. She also loves to put together platters for special events.

“It’s really the whole process, walking somebody through all the different things they want and then delivering a product that’s going to make their event better or more fun,” she says.

Sierra has been part of the Market of Choice team since 2016. Prior to that, she worked a variety of retail jobs. “I’ve never worked at a place where I felt so welcomed. I ended up falling in love with it pretty quickly,” she says.

Sierra appreciated the training she received upon being hired and has learned a great deal about cheese since. She’s visited Oregon State University to better understand their creamery program, and she’s travelled to Wisconsin as part of a company training program to learn firsthand from cheesemakers at 12 different creameries.

When she’s not helping customers, Sierra likes to go hiking and visit the Oregon Coast with her fiancé, who works as a shipping clerk at Market of Choice. It’s where they met. “We started chatting a little bit when he would drop cheese by, and something kind of sparked over time,” she says.

Sierra is now a store manager and looks forward to many more years at Market of Choice. She appreciates the opportunities for advancement, she says, and is happy to have grown into the position she holds today.