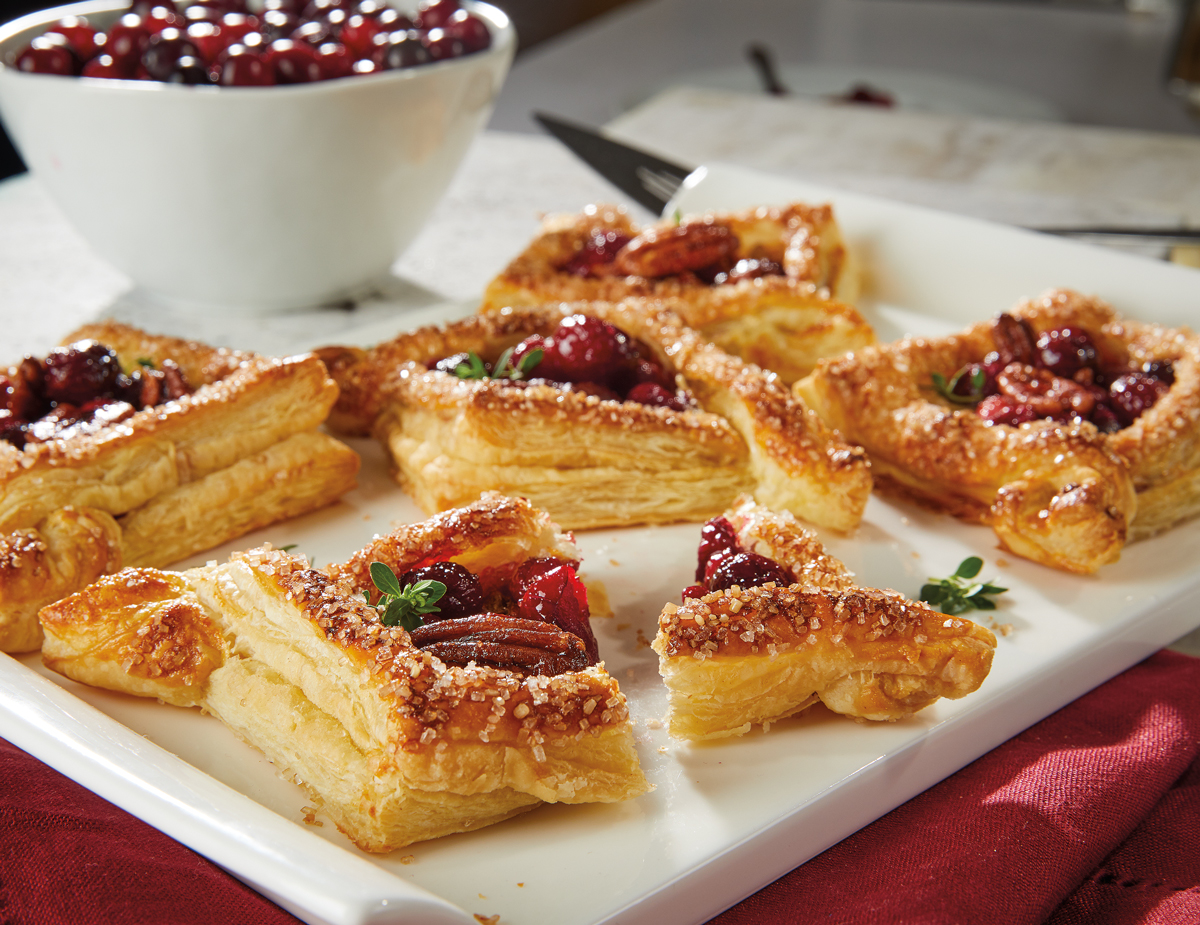 Perfect for the holidays, puff pastry can be filled with many variations of sweet or savory ingredients. Our recipe features cranberry and Brie with toasted pecans and a touch of apricot jam to add a bit of sweetness. Try making it with some of your other favorite cheeses, nuts and jams, as desired, for fast and festive appetizers!

Preheat oven to 425º. Thaw puff pastry according to package directions. Tip: Work quickly and only thaw dough enough to be able to cut it easily. Keep it cold.

Cut each sheet of puff pastry into 4 equal squares. Fold each square in half diagonally to form a triangle. Cut ½” wide strip inside short sides of the triangle, starting at the folded edge and stopping about ¾ inch from the opposite corner. 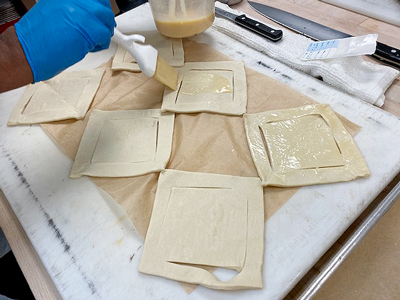 Unfold dough and brush with a small bit of egg wash, as excess will prevent dough from puffing. 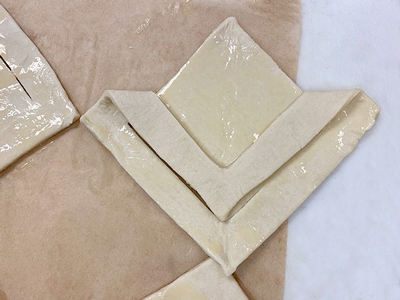 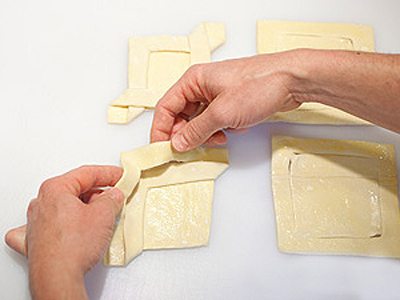 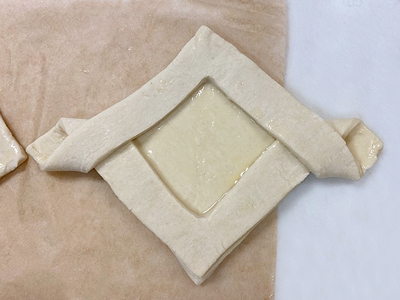 Fold each cut strip to the opposite side, creating a diamond-shaped pastry with raised border all around. Press corners to seal. You should have a doubled-up border around your tart, with twists at two corners. Borders can also be left alone and simple, if desired.

Sprinkle edges generously with turbinado sugar (large crystals). Lightly spread one tablespoon of apricot jam in middle of each tart, spreading gently to edges, topping with one piece of Brie.

Combine cranberries, pecans, brown sugar and cinnamon in a mixing bowl and toss. Divide among tarts, sprinkling generously over cheese and jam. Transfer tarts to parchment-lined baking sheet and bake 15-20 min until very puffed and golden brown. Top with sprigs of lemon thyme and serve warm.