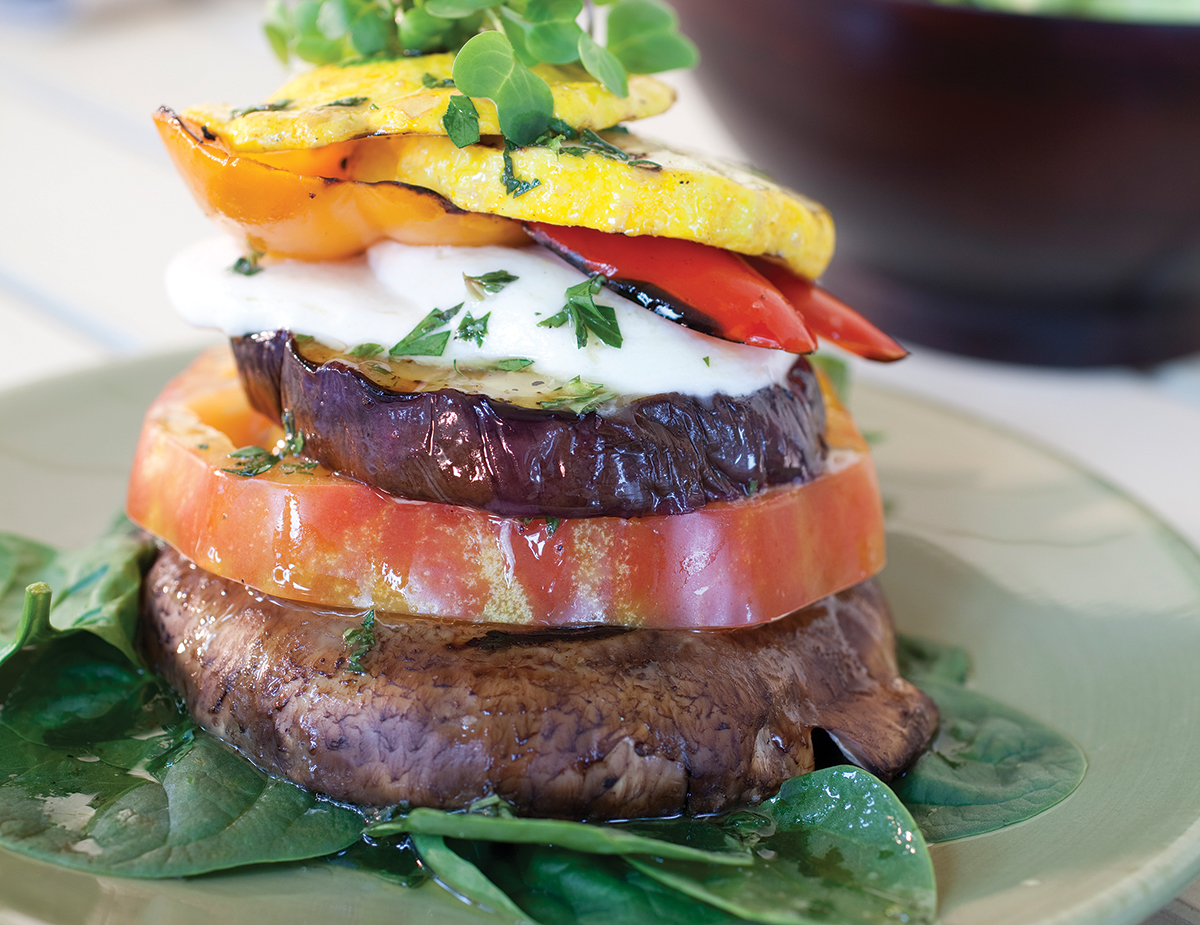 A few seconds on the grill brings out the dramatic color and flavor of vegetables. Simply season, grill, stack and dress for a show-stopping presentation. For a complete meal, serve with Caesar salad and fresh ciabatta bread.

Vegetable Stack
Cut eggplant, and tomato into 1/2” rounds. Cut peppers into four sections, lengthwise and lay flat. Cut starburst squash into 1/4” rounds. Remove stems and gills from mushrooms. Lightly brush vegetables with oil. Season with salt and pepper. Over med-high heat, grill peppers and squash until tender crisp. Grill mushrooms and eggplant until softened, and tomato until just warmed through. Keep warm until ready to assemble.
* Zucchini or yellow squash can serve as a substitute for starburst squash.

Pair with a clean, crisp northern Italian white such as a Gavi or Soave.