BATCH # / UPC:
Market of Choice’s Turkey Gravy and Savory Vegan Gravy were sold at its Market Kitchens in Eugene, Portland, West Linn, Corvallis, Bend and Ashland between 11/9/20 and 11/19/20 and were labeled as gluten-free friendly. No related illnesses have been reported to date.

REASON FOR RECALL:
Market of Choice is recalling its in-house Turkey Gravy and Savory Vegan Gravy because it may contain undeclared wheat, a common allergen. People who have an allergy or severe sensitivity to wheat or gluten may risk serious allergic reaction if they consume these products.

The recall was initiated after it was discovered that wheat had been added to both recipes but was not declared. Both recipes have since been corrected and no longer contain wheat.

Customers who purchased Turkey Gravy or Savory Vegan Gravy are urged to discard it if they have an allergy to wheat or gluten. Customers with questions can call 541-513-0486. 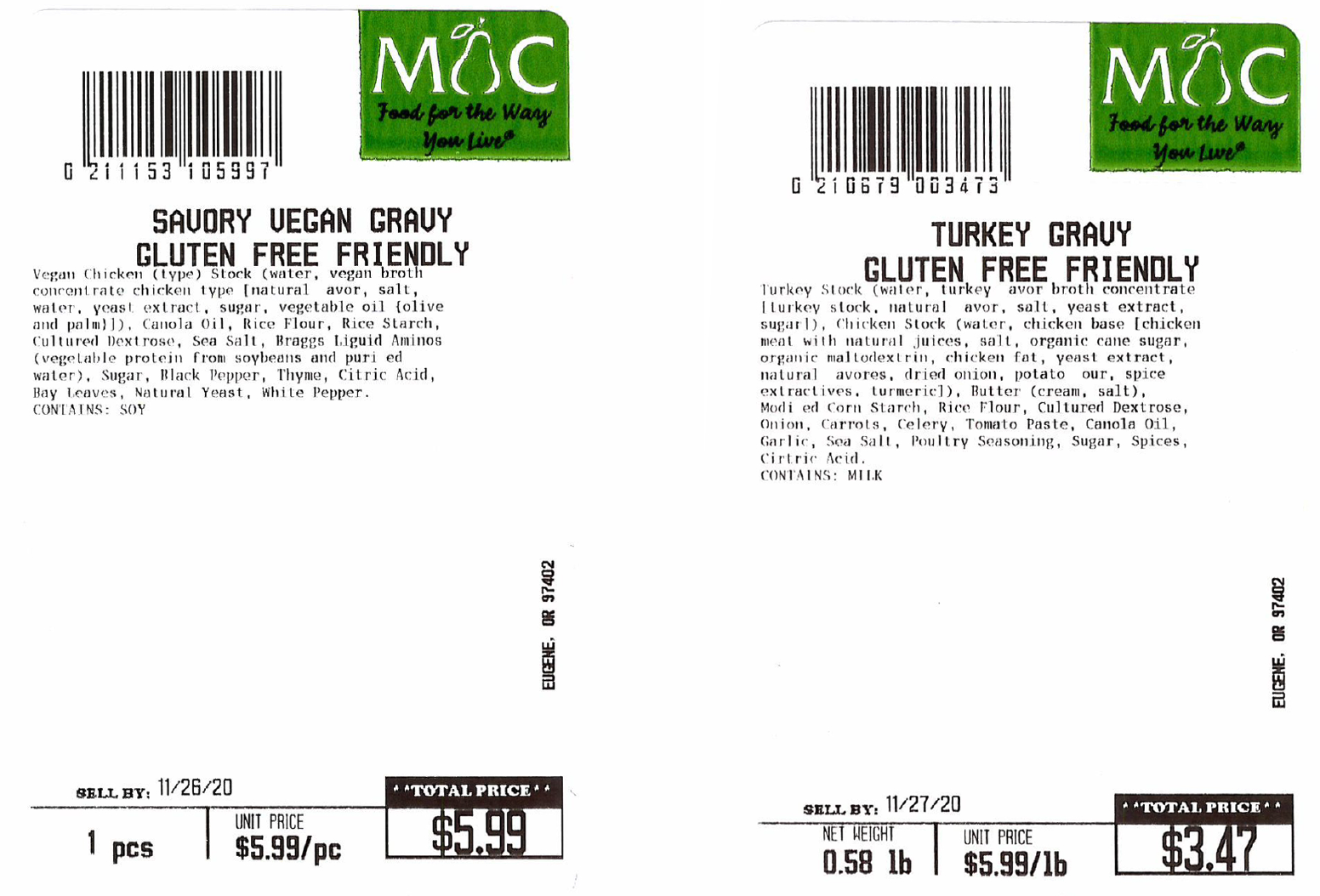