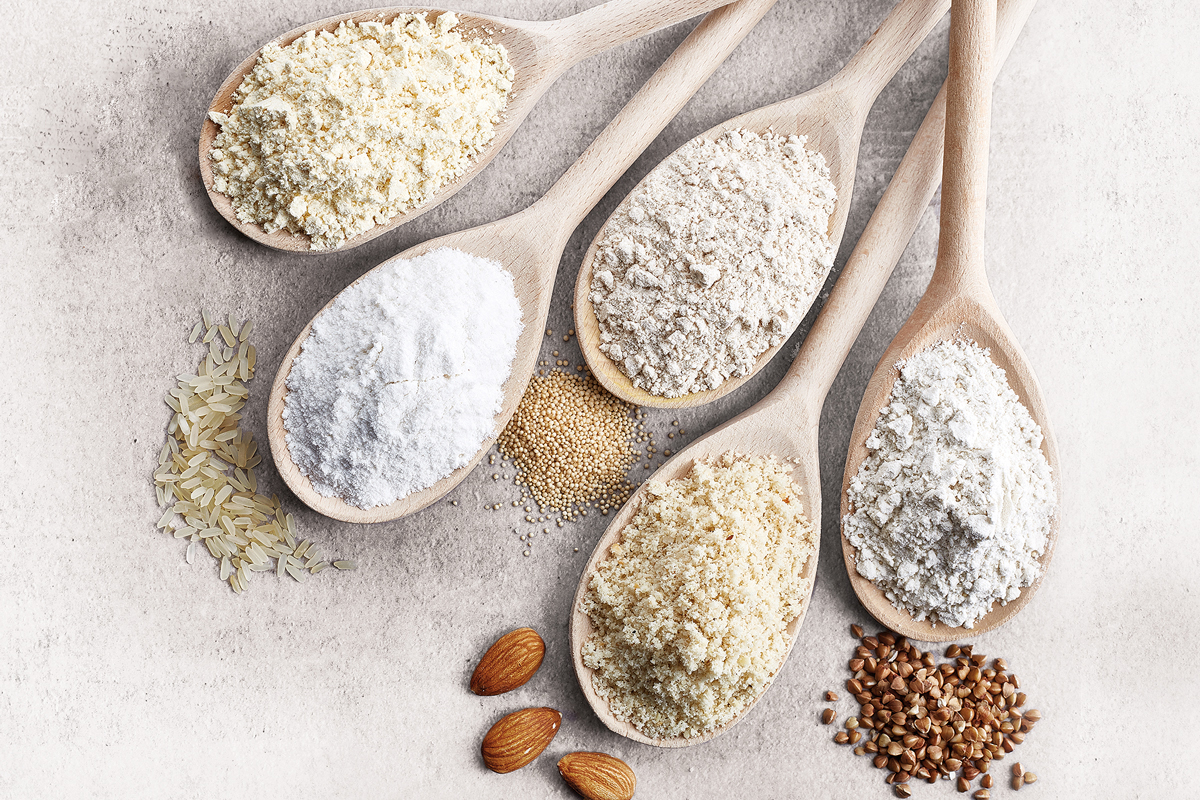 Here you will find answers to some basic questions about gluten. We hope it will make your shopping experience easy and enjoyable. We offer hundreds of products for those who live gluten-free, from pastas, breads and beverages to sauces, snacks and kid-friendly favorites. While our Bakeries and Kitchens are not dedicated gluten-free facilities, we do create a variety of scratch-made, gluten-free-friendly and wheat-free items made by our Market Chefs and Bakers. You’ll also discover a variety of delicious baked goods that come from certified gluten-free bakeries.

Gluten is a protein found in wheat, rye and barley. Most types of cereals and many types of pastas, breads and other baked goods contain gluten. It can also be found in many less-obvious foods and beverages, such as soups, cheese, processed meats and beer. Gluten is also used as a stabilizing agent, thickener, filler or breading in products like condiments, ice cream and breaded foods. Those who avoid gluten due to celiac disease or as a personal preference should take special care when checking product ingredient lists, because gluten comes in many forms. In addition to foods and beverages, it can be found in over-the-counter medications, vitamins, and skin and hair care products. A product may not include gluten as an ingredient, but it’s possible that the product could have come in contact with gluten during processing. Certified gluten-free products will indicate so on the packaging.

Who should avoid gluten?

An estimated 3 million people in the United States have celiac disease. Those who have been diagnosed with Gluten-Sensitive Enteropathy (GSE) should avoid gluten in all forms. GSE, commonly called celiac disease, affects the bowel and related tissues. GSE can also include dermatitis herpetiformis, an autoimmune skin disorder. In people with celiac disease, foods that contain gluten trigger production of antibodies that attack and damage the lining of the small intestine. Such damage limits the ability of people with celiac disease to absorb nutrients and puts them at risk of other serious health problems.

What should be avoided?

Wheat, rye, barely, malt, triticale, oats and products made from these grains. Oats should generally be avoided, due to possible cross-contamination.; however, oats labeled “gluten-free” have been tested and have been found to have less than 20 ppm of gluten (see detailed list, below).

Do other foods contain gluten?

Yes. Many less-obvious products contain gluten (see detailed list, below.) Beer, for example, often contains barley and brewer’s yeast. Some craft brewers, however, are now producing gluten-free beers. Wine and distilled spirits are typically gluten-free. Be sure to do your research.

What about other starches and grains?

What is “hidden” gluten?

Some products may contain “hidden” gluten, meaning the ingredients contained in the product don’t specifically list gluten, but may include ingredients derived from gluten (see detailed list, below). It’s also important to note that some products may not include gluten as an ingredient, but it’s possible that the product may have come in contact with gluten in processing. Some examples include:

Are there other products to consider?

In 2013, the FDA issued a final rule defining “gluten-free” for food labeling, which is helping consumers, especially those living with celiac disease, be confident that items labeled “gluten-free” meet a defined standard for gluten content. “Gluten-free” is a voluntary claim that can be used by food manufacturers on food labels if they meet all the requirements of the regulations.

In 2020, the FDA issued a final rule on the gluten-free labeling of fermented or hydrolyzed foods. It covers foods such as yogurt, sauerkraut, pickles, cheese, green olives, FDA-regulated beers and wines (e.g., generally those with less than 7 percent alcohol), and hydrolyzed plant proteins used to improve flavor or texture in processed foods, such as soups, sauces,and seasonings.   The rule does not change the definition of “gluten-free” but establishes compliance requirements for these hydrolyzed and fermented foods. It also includes a discussion of how FDA will verify compliance for distilled foods, such as vinegar. Learn more on the FDA’s website.

V
Vinegar (all but malt)