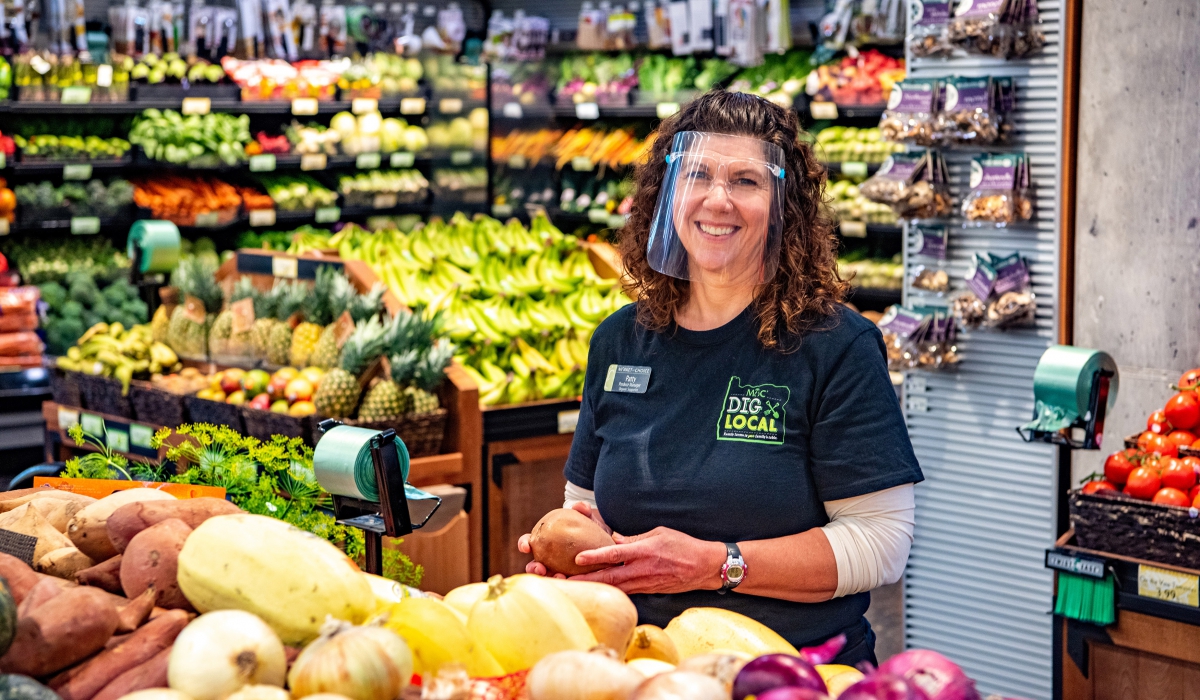 Fruits, vegetables and other produce have always been a part of Patty’s life. Growing up in Molalla, she spent summers picking broccoli with friends. On weekends, she ran a small produce stand that her mother owned. Fast forward to today and Patty is now the Produce Manager at our Belmont Market in Portland, working with fruits and vegetables every day. It’s a career that brings her joy, she says.

“I love merchandising produce – especially new produce at the beginning of the season because it’s so colorful and exciting. When you get the colors looking so complementary and the display looks so inviting, it’s very satisfying.”

But to her, it’s about much more than organizing bell peppers into visually appealing patterns. She’s always had a passion for fresh, nutritious, locally sourced fruits, vegetables, herbs and spices. Growing up, she had a large garden and enjoyed harvesting and preserving her own food, and still does today.

“I was raised with a very good work ethic,” Patty says. “And working the produce stand led to this path I’m on now.”

“I really love the family values that are at the core of this company. I have seen the support that is given to employees who have faced tragedies – that goes a long way. I think a lot is done for our employees. Those values keep me here.”

When she’s not working, Patty loves to camp, kayak, ride her bike and spend time with her family. Patty’s sons, Spencer and Carson, also work at Market of Choice!