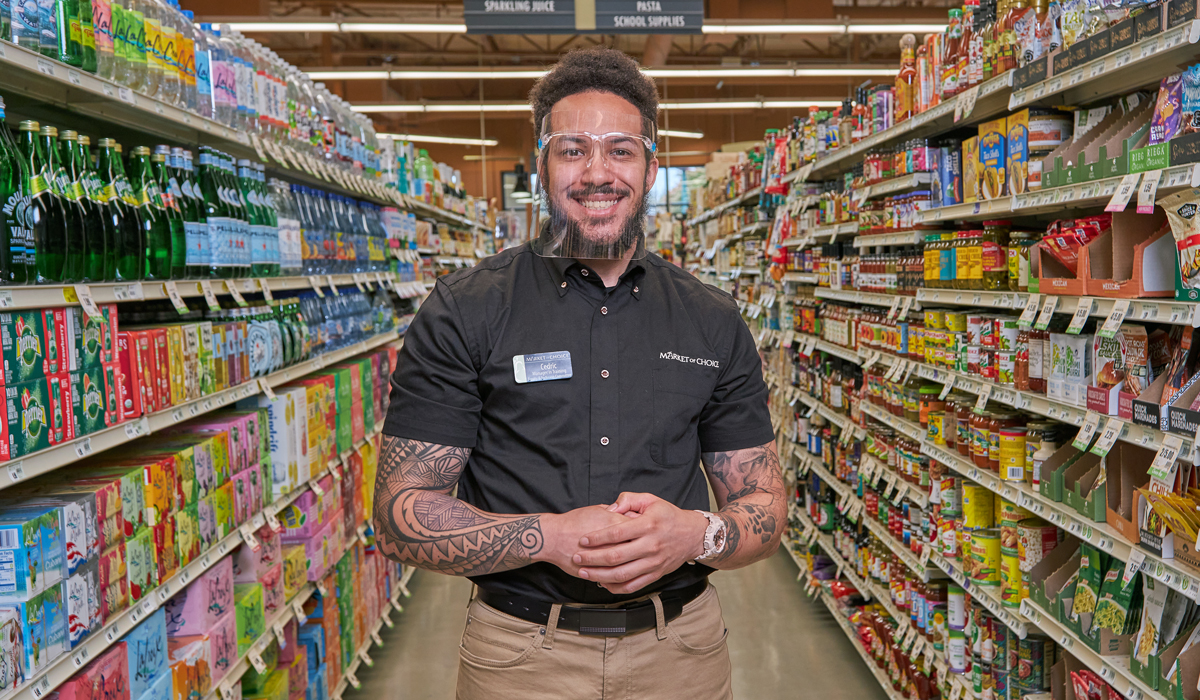 You might say Cedric has been on the fast track for success. After excelling as an athlete at Southern Oregon University, he posted a 400-meter time that earned him a USA Track & Field Masters national championship in 2019.

Nerves are never an issue before a race, because he knows his practice and dedication make him well prepared. He’s applied those same lessons learned on the track to advance to his career at Market of Choice. Similar to his time running track, Cedric also realizes he didn’t get where he is today all on his own.

“You only get it through hard work,” he says. “You learn how to become the best at what you’re doing, but it takes a good team to get there.”

Cedric is an Assistant Manager at our Ashland store and is also part of our company-wide Equity and Inclusion Committee, serving as a resource for his teammates and local maker community. He enjoys working to amplify BIPOC, LGBTQ+ and Women food and beverage makers and to help them get their products onto the shelves at Market of Choice.

Promoting diversity and strengthening bonds make the community stronger as a whole, he says. Some of that happens through daily contact with customers. Those small interactions can make a big difference and offer opportunities to brighten someone’s day or his own, he says.

“You get to feel more connected,” he says. “Maybe it’s not about you that day, maybe it’s for them.”

Similar to his time in athletics, Cedric says he feels valued at Market of Choice. He’s inspired by the accomplishments of his co-workers and knows that they’re rooting for him, as well. He also appreciates that, as a company, Market of Choice works to strengthen communities by giving to local food banks and by providing meaningful employment with opportunities for advancement.

When he’s not working, Cedric enjoys staying active. He’s been involved in sports for as long as he can remember, taking up basketball and soccer when he was still a toddler. He plans to continue competitive running and has aspirations of making the Ghana national team – his father was born in the West African country. He credits his parents for instilling his strong work ethic. Seeing his mother work nonstop to support their growing family left a lasting impression on him, he says.

At Market of Choice, he says, you’re rewarded for the effort you put in. “If you work hard, opportunities can present themselves. Everyone is putting you in the position to be as successful as you want to be here.”